On 6/26/12 my brother and I drove down to Frederick, MD to take an in depth tour of Flying Dog Brewery with its brewmaster & COO Matt Brophy. As you see above I put together a video of the tour portion of our visit. However, I chose not to film the tasting portion, which started before the tour and wrapped up with a few additional beers afterwards.  As we tried some of the many new beers that Flying Dog have been released since my 2010 visit to the brewery I took notes (tasting notes and background information on the beers) which you can read below. Cheers!

We started off the tasting of Underdog Atlantic Lager, the newest addition to Flying Dog’s year round line up. Putting their own touch on this 4.7% ABV American Pale Lager, Matt and his team of brewers used some rye malt and english hops to add some complexity to this sessionable style of beer. What stood out for me about this craft brewed lager was its balanced flavor profile. Meaning, upfront my palate was met with moderately sweet biscuity malts, which were followed up by a crisp grassy and lemony hop bitterness. As the first beer to be canned using Flying Dog’s new canning line, Underdog Atlantic Lager is a versatile beer that I can see myself keeping in my beer fridge for those times when I’m in the mood for a refreshing brew. Rating: 8/10

FD News Flash: In our discussion about the new canning line Matt informed me that the next beer to be canned will be their Snake Dog IPA, set to be released in July. In addition, the canning is done at night because the canning line shares some its conveyors with the bottling line.

Originally brewed as a 50 barrel batch to celebrate In de Wildeman’s (an Amsterdam beer bar) 25th anniversary. Wildeman Farmhouse IPA (7.5% ABV, 75 IBUs) received so much positive feedback in initial limited US release that it was added to Flying Dog’s year round line up. In fact a fresh batch was being bottled that day (see video). As an Saison hopped with American (Citra) hops, this beer’s flavor profile is quite unique. In Matt’s words, “it’s more of an American Saison”. Upon taking a few sips I  knew exactly what he meant and asked if he’d tried Pretty Things Beer and Ale Projects Jack D’or Saison; as it says “Saison American” on its label. Though he has yet to try it I went onto relate my enjoyment of Wildeman’s blend of classic saison earthiness and grassiness with orange and lemongrass notes from the hops. Rating: 8/10

The next beer is part of a series of beers at Flying Dog called the Brewhouse Rarities Series. The idea / recipe for this Red Ale was conceived by one of Flying Dog’s brewers name Sean who luckily was in the tasting room to describe what went into making this beer unique. Brewed with 6 different malts, 6 hop varieties, and clocking in at 6.7% ABV, this double dry hopped limited release beer was quite good. After Sean told us about the hops used (click logo) I expected to pick up a fair amount of citrusy hop notes. However, my palate was met with a balance of earthy and floral hops and toffee and caramel malt flavors (Not to say that when released the citrusy flavors did not exist). Rating 7/10

FD News Flash: Released on a monthly basis, some of the upcoming Brewhouse Rarities will include a gose (was in the fermenter when I was there), gruit, and weizenbock.

Before heading out on the tour my brother and I chose to fill our glasses with the beer that I was most excited to get to drink that day a.k.a Barrel Aged Gonzo Imperial Porter. I was first introduced to this beer during my August 2010 visit to the brewery when I got to try it straight from the barrel. This time I got to admire its dark brown color and mocha colored head after it being served on tap. Just as in the non-barrel aged version the flavors of this beer were complex yet perfectly balanced. Upfront big coffee and milk chocolate notes got my mouth watering and were then joined by vanilla, caramel, and cocoa at mid palate and in the finish. Barrel Aged Gonzo also has an insanely smooth and creamy mouthfeel, which increase its drinkability and prevent it from being “in your face” like some other barrel aged porters and stouts can be. Rating: 9/10

FD News Flash: After walking through the brewery and not seeing any oak barrels I asked Matt about the future of Barrel Aged Gonzo. He informed me that it is now going to be a December (winter) release, hence the absence of barrels.

For this Wild Dog series beer Flying Dog teamed up with chef Bryan Voltaggio, a Maryland native and Top Chef season six finalist, to create a 7.5% ABV smoky amber ale with the aim of brewing a beer that is suitable for backyard barbecues. While enjoying the balanced smokiness of this beer Matt remarked that while brewing the initial batches of this beer it was found that 7% ABV is an ideal alcohol content for a smoked beer. While many beer drinkers may need a few sips to warm up to this beer, when paired with the right food e.g smoked meat Backyard Ale’s sweetness will bring about an enjoyable smoky flavor experience. Rating 8/10

FD News Flash: While talking about smoked beers Matt informed my brother and I that an upcoming Brewhouse Rarity release will be a brown ale called Nocturnal Nut Brown which includes some smoked malt in its grist.

The next beer that we tried is also part of the Brewhouse Rarities series. While very few American breweries choose to brew a Belgian dubbel, Matt and his team of brewers were up for the challenge. Specifically Matt and an FD brewer named Ryan were responsible for coming up with the for recipe for Disobedience Abbey Dubbel. In addition to using both demarara and belgian candi sugar in the boil, local maple syrup was also added. The beer poured amber in color with a tan head. In the nose caramel was the most dominant scent, though I did pick up some of the maple syrup as well. The caramel notes followed into the taste and combined with toffee, hints of dark fruits, and some floral hop notes. As we sipped this unique take on the belgian dubbel Matt remarked that one thing he’d like to have more of in this beer is yeast character. In my opinion while the yeast did a good job preventing the beer from being too sweet, as Matt said it did not add much to the overall flavor profile of the beer. Rating: 7/10 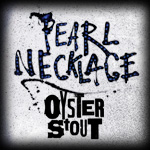 Originally this beer was released as a limited release beer, but on May 4, 2012 Flying Dog announced that it would become a year-round beer (click logo for more info.). In order to achieve their goal of brewing a beer that would pair well with oysters, actual oysters were placed in a basket and lowered into the boiling wort in order to add a touch of sea salt salinity to the dry stout beer. Before Matt told us that it was a dry stout I remarked that its flavor profile reminded me of an Irish dry stout. While the beer was not by any means salty, its roasty stout character and high drinkability make it a perfect beer to pair with sea food. Rating: 7/10

The second to last beer of this tasting was one that my brother and I got to try straight from the bright tank. As part of their single hop series (more info. about this series in the video), this beer features the Citra hop, a hop variety known for adding tropical and citrus fruit character to beers. After being blown away by its juicy hop character, we were lucky to try it again when I asked Matt which beer was in the cask in the tasting room and he poured a glass of it only to discover that it too was the Single Hop Citra IPA. From the cask it poured a cloudy straw color and also had a juicy tropical hop character along with a touch of caramel maltiness in the finish. Rating 9/10

FD News Flash: While drinking the cask version of the Single Hop Citra IPA, one of the Flying Dog brewers named Jake talked to us about their cask program and  mentioned they started a cask program in April 2012 called “Firkin Friday” at Oriole Park at Camden Yards (click link for more information).

The final beer of the tasting was one that I hadn’t had in a long time. Horn Dog, Flying Dog’s seasonal barleywine is released in January and has received many awards. Most notably its medals for older vintages of Horn Dog at the Great American Beer Festival (GABF). In 2009 it received a gold medal for a 2007 vintage and in 2011 it took gold in the Barley Wine-Style Ale category out of 42 entries. This beer poured  deep amber in color with an off white head that quickly dissipated. In both the aroma and taste sweet caramel and toffee maltiness combine with dark fruits such as dark cherries and figs and a hint of citrus from the hops. In our discussion about this beer Matt remarked that the fig notes come out a lot more as Horn Dog ages. Luckily he gave me two 7oz bottles of their 2008 vintage to bring home and try. Rating: 8/10

click here for photos from the tour and tasting.

Notes (Beyond talking about each beer I asked Matt a few questions through out the tour and tasting).

2 Responses to Epic Tour and Tasting at Flying Dog Brewery