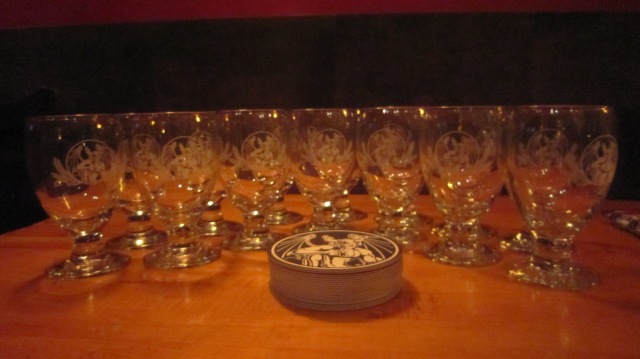 After receiving lots of great feedback about the first episodes of my podcast I am pushing forward and seeking out more brewers and craft beer professionals to interview for future episodes. Episode 006 will feature John Holl, a seasoned beer writer who has published articles in various craft beer publications and books (his own and others). Look for that episode this coming Wednesday or Thursday.

Now on to the above picture… In collaboration with my cousin’s restaurant Et al Trattoria (Millburn, NY) and Stone Brewing Company; my older brother and I led a four course beer pairing dinner this past Thursday (1/10/13) evening. As Stone Brewing Co.’s first ever Kosher beer dinner it was great to have Dennis Flynn, Stone’s tristate representative there to talk about the beers and answer any questions that those in attendance had about the brewery and craft beer in general. I’ll be posting my thoughts on the dinner and each pairing as soon as possible.

Some beers I’ve had recently (all on tap):