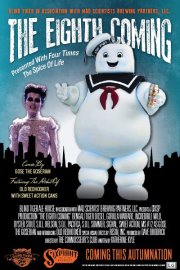 On Wednesday, January 16, 2013 I headed to Blind Tiger Ale House for an epic Sixpoint Brewery (Brooklyn, NY) event called The Eighth Coming. In addition, to being the brewery’s first big event since its recovery from Hurricane Sandy this was the 8th time that Blind Tiger had hosted Sixpoint Brewery for one of its Wednesday night events. Having been informed via twitter that Sixpoint’s Jeff Gorlechen would be in attendance, I ordered a glass of 3 Beans Baltic Porter and introduced myself to him. Then after finding a seat at the bar and taking my first few sips of the beer; Jeff and I sat down at a nearby table to chat about recent events and happenings (beers etc.) at the brewery.

The following topics are discussed in this podcast episode: