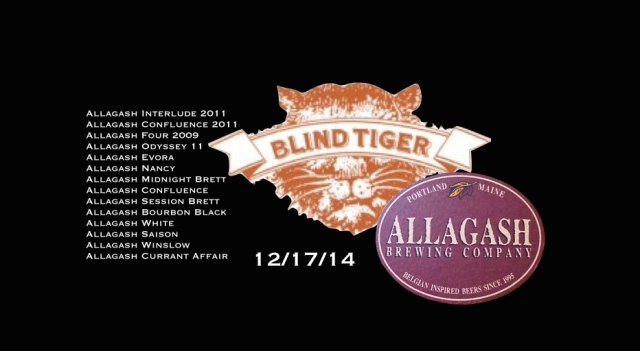 On Wednesday, December 17th I headed down to Blind Tiger Ale House for their annual Allagash Brewing Co. event featuring 14 of Allagash’s best beers. While there I had the opportunity to record a podcast interview with found Rob Tod. We spoke about the recent growth of his brewery in terms of size and amount of creative beers being produced along with many other topics that truly enhanced my appreciation of Allagash Brewing Company’s beers. Happy Holidays and cheers!

Note: Due to lack of a well lit spot inside and outside the bar I chose not to film this interview and post it strictly as a podcast episode. However, I did put together a version of it for YouTube where the podcast is accompanied by pictures that are related to the topics discussed. Click here to view that version.

Topics Discussed In This Podcast Episode: