Barry here with another much needed update…

As an orthodox Jew, husband, father of two, and clinical social worker  life has definitely not slowed down since my last blog post (11/28/18). Thankfully I have been able to keep brewing and taking advantage of local homebrewing related opportunities. All of which have continued to enrich my overall quality of life and keep me motivated to develop my brewing and fermentation management skills.

Beers that I’ve brewing since my last update include the following…. 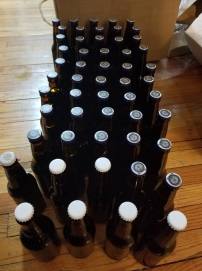 My final beer of 2018 aka Churchill’s Mexican Vacation, an oak aged molé imperial porter. I deemed it a porter because its color is more brown than black. In order to add the molé flavors I made whisky tinctures with vanilla beans, cocoa nibs, Mexican cinnamon sticks, and ancho chiles. While the oak didn’t come through, the molé flavors expressed themselves quite nicely. If I brew this recipe again I’ll  make sure the base beer is up to par before adding any adjuncts. That way the beer will be a bit more well rounded and will score better in homebrewing competitions. 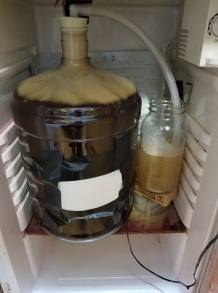 Next, came my two “baby” beers aka the beers that I brew in honor of each year of my kids lives. First was my daughter’s Belgian quad aka First Fruits quad. For this year’s vintage I went back to my original recipe and split the batch after primary fermentation. The first half was bottled as the “base beer” and the second was aged on oak cubes and bourbon for 28 days. Unfortunately the oak and bourbon did not come through in the finished beer, but both versions are tasting great. Next, time I’ll age the beer on the oak for as long as is necessary to achieve my desired flavor profile 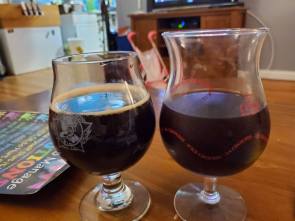 Great despite some bottles being flat.

The second of my two “baby” beers was my Second Blessing Barleywine aka my son’s annual brew. In terms of recipe changes for this beer’s second vintage…I decided to replace the small amount of roasted barley with 4oz of carafa III and slightly increase the amount of crystal malts. Though my mash didn’t go as planned, my use of maris otter extract for making up gravity points and a two-step mash for the base grains led to my FG being 1.024. Meaning, the beer came out at 11.7% ABV and was/is not too sweet. Unfortunately the oak and bourbon that I added into my secondary carboy did not contribute much flavor to the finished beer. This was most likely due to my not bulk aging it for long enough (29 days)  and or adding the bourbon and oak separately instead of making a tincture with the oak and then adding it and fresh bourbon to the carboy. 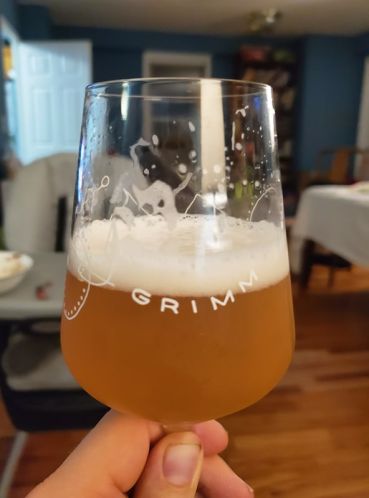 My most recent two beers came from the same mash… Instead of brewing my usual summer beers aka dry hopped saisons I decided to use one mash to brew 2 kveik pale ales. The first which I named Kveiky! was hopped with galaxy and nelson sauvin hops and fermented with Omega Yeast Lab’s Hornindal strain. It came out tropical and smooth. So while the lemon-lime flavor that I loved in gravity samples quickly faded, I am happy with the beer overall. The second beer aka Dry Heat? pale ale (Jeff Dunham fans may catch the reference) was hopped with citra, azacca, and cashmere hops and fermented with OYL’s Voss strain. The beer turned out citrusy with great melon undertones and ended up being the beer that I prefer drinking on a regular basis. 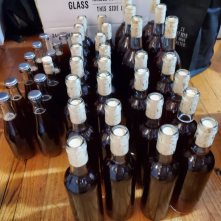 Beyond beer I’ve also immersed myself in the world of home mead making. Taking inspiration from Melovino meadery (which is a 20 minute drive from my home), the Modern Mead Makers Facebook group, and the mead subreddit. So far I’ve made 5 meads…1. Maiden Forage- made with mixed berry and clover honey this mead came out quite tasty and I’m looking forward to opening aged bottles. 2. Tempered Decadence– made with dried figs and dates along with avocado blossom and wildflower honey…This mead needed to be tempered with 3 quarts of wildflower traditional in order to not be cloyingly sweet. Deemed a “dessert mead”, it is still more sweet than some may prefer, but I’m happy with the flavor profile and will use the lessons that I learned while making this mead for future iterations of its recipe. 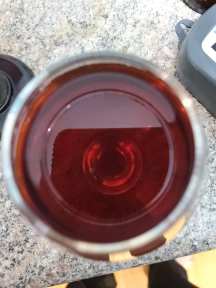 3. Duvdivnei Rimon (Hebrew for Cherries of Pomegranate More contextual than literal in meaning) – I topped off the aforementioned wildflower traditional mead with both tart cherry and pomegranate juices. Then after re-fermentation was done I stabilized and back-sweetened the finished mead with orange blossom honey. 4. Zing of Nostalgia – this mead is still “in progress” – a base of strong green tea (the water) had orange blossom and fresh ginger added. An initial gravity sample did not have enough ginger character and therefore I racked the mead onto more ginger and it now needs to be racked onto more tea, back-sweetening honey, and lemon zest. 5. Bies Please! – this mead is still in progress- 15 lbs of clover honey have been fermenting with 13 lbs of organic blueberries since Wednesday 8/7/19.

Let’s sum things up…Delving into mead making has gotten my brewing curiousity wheels turning again and I hope to make time to share my experiences on this blog more consistently in the coming months. Cheers!