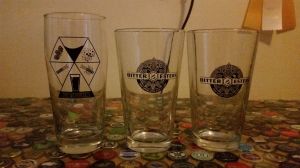 After filming the ending clip of my recent Grain To Glass video I decided to turn my camera back on and film myself talking about what else I’ve been up to lately. A good portion of which involves a show and tell about my most recent hops order from Yakima Valley Hops. Enjoy and Cheers!

Cheers and Keep on brewing!!!