Recipe Inspiration: Second Blessing barleywine is the beer that I chose to brew in celebration of my son’s birth in April 2018 and then of each year of his life. Being that English barleywine is one of my favorite beer styles, it was an easy choice. At its core this beer’s recipe is a clone of Firestone Walker Brewing Company’s Sucaba barleywine. The minor changes that I’ve made to the clone recipe (found in BYO magazine) since I brewed version 1.0 reflect both preferences that I developed from brewing previous English barleywines and what I want the beer to taste like when its still young. 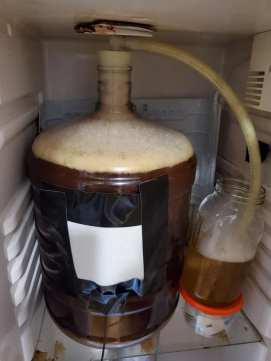 NJ (formerly NYC) based home brewer and craft beer enthusiast sharing his brewing and imbibing adventures on thebrewedpalate.com. "Spreading the messages of craft beer one palate at a time."
View all posts by Barry W →
This entry was posted in Uncategorized. Bookmark the permalink.