Recipe Inspiration: Back in 2016 I decided to try to brew a clone of Allagash Brewing Company’s House Beer, a Belgian table beer (Trappist Single/Patersbier) that is only avaiable at their Portland, Maine brewery…Using the information available on their website, I put together a recipe that roughly met the parameters (ABV, IBUs, malt character) of the original beer. However, I decided not to build up a starter of Allagash’s house yeast from bottles of Allagash White (witbier) and instead used Wyeast 3522 Belgian Ardennes…Fast forward to 2/4/20, when I brewed version 2.0. Changes to my original recipe included using more white wheat, opting for galaxy hops instead of centennial, and Fermentis S-33 instead of the Wyeast strain. 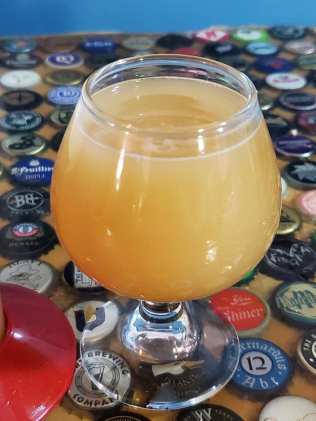